What is that loud sucking sound? 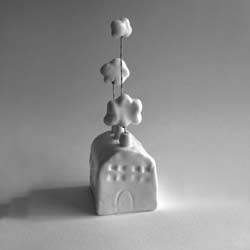 The New York Times just ran a series on the destructive impact of cloud computing. In it, they publish their findings on the energy consumption and environmental impact of the datacenters that work behind the scenes to power our favorite web and mobile apps, store our data with full redundancy and fault tolerance in perpetuity, and deliver our electronic communications. Another way to phrase that: the datacenters that allow us to kill time stalking people on Facebook or playing Words With Friends, that store the world’s largest single collection of cat videos on YouTube and our collective stream of consciousness on Twitter, and that deliver all that spam to your inbox each morning and store those email attachments from 1999 that you’ll probably never look at again.

OK, I’m really not that cynical. The web has permanently altered our reality—socially, economically, politically, educationally—for the better. It’s made us more connected, knowledgable, and empowered than ever. We can’t give up on that—if anything, we need to accelerate it. But the industry can’t operate in a vacuum. We need to be able to justify our clean image and operate in a socially and environmentally responsible manner.

About 90% of the 30 billion watts of electricity consumed by datacenters worldwide is a pure waste. That waste is equivalent to the output of 27 nuclear power plants—enough to power 20.5 million U.S. homes. That, to me, is staggering.

Where does that waste come from? Three places. First, comatose servers. The New York Times study found that three quarters of the servers examined were comatose—not doing any useful computation. They were old web apps that nobody really uses anymore but the owners aren’t quite ready to admit it, back office systems that are kept up and running out of fear because the engineers don’t even remember what they are there for anymore, or extra servers that are waiting for a spike in traffic that may never materialize. Second, underutilization. Due to poor or outdated architectural choices, more servers are commissioned than fully utilized. Third, poor datacenter planning, inadequate adoption of best practices for temperature management such as hot and cold rows. I have managed colocation services for my clients in many different datacenters over the years, and I can attest to the fact that some do a much better job than others.

What can the industry do? First, understand your systems and consolidate wherever possible. Second, stop being a prima donna about bare metal performance and adopt virtualization. Adopt an agile, elastic approach to server commission. Finally, know when to throw in the towel. Don’t keep your servers up and running just because it’s cheap and you may need it somewhere down the road. Do you leave your lights on around the house when you’re not using them?