Kids Can Hack, Too 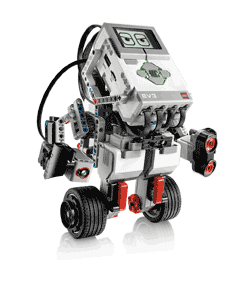 I’ve been blessed with two bright, young boys with inquisitive and capable brains. The oldest is reaching an age where he’s asking more questions about my work, and when I use terms like programming, software, algorithms, or languages, his curiosity is piqued, but when I tell him that I can make a computer do anything I want, he really perks up. “Can you make a computer that shoots lasers?” Why yes, yes I can. “Can you make your phone shoot lasers?” Probably, I say, noting the extremely impressed look on my son’s face. (The problem is, now he’s going to want a demonstration.)

What is the best way to introduce your child to computer programming, to bring them to that first gratifying moment when you communicate with the machine and hold its power in your hands, when you realize that your creative power is only limited by your own imagination? It’s a heady moment, and then you’re hooked. For me, that didn’t come until college, but I want to expose my boys to this creative outlet much earlier, give them the tools and guidance and see what comes of it.

Developed by the MIT Media Lab, Scratch is a programming toolkit for kids 6 and up. It’s designed primarily for creating animated art, stories, or simple games. Scratch is to kids now what Logo was when I was a kid—the clearest example of an educational framework for teaching computer science to kids. It’s a visual programming environment that’s very easy to get started with. With almost three million projects uploaded by the community, there is a lot of inspiration to draw from and support if you get stuck on something. It’s a great way to get your kids started with programming.

Hackety Hack differs from Scratch in that it uses a real-world language that professionals use every day, Ruby. It’s an online tutorial framework that is designed for entry level programmers, including, with some guidance, youth coming to it for the first time. With Hackety Hack, a Ruby tutorial is integrated with a text editor, so you write and run real programs as you go. New lessons are contributed by a nascent open source community that has a lot of promise.

Lego Mindstorms is a robotics kit by Lego, also with roots in the MIT Media Lab. It comes with a programmable microcontroller, sensors, motors, and an easy-to-use programming toolkit to build your own autonomous robots. I’m pretty sure Santa has his eye on it this year. That, and a laser.