Preparing The Littles For The Internet 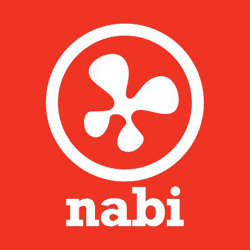 When I asked my six-year-old what he hoped Santa would bring him for Christmas, he said “you know… It starts with an F… A phone!” When I informed him that he couldn’t have a phone until he was sixteen, he said “oh, well how about a computer?”

I probably would have said the same thing if I were him, and he made the geek dad in me proud. Both the little mini-me’s are given supervised iPad time as a reward and they’ve grown quite fond of playing Plants vs. Zombies and Temple Run and watching Lego Star Wars stop motion animations or videos on how to be a ninja or how to fold origami on YouTube. If I had that shit when I was six, I would want unrestricted access too.

So I’m not about to give a six-year-old a computer, but there are an impressive number of kid-friendly options out there right now. The best that I’ve seen is an Android tablet designed for kids called the Nabi 2. It’s a powerful 7” tablet, similar in specs to the Nexus 7, but is has a customized operating system with two modes—parent mode and kid mode. Parents have full access to the latest Android OS, but kids have a simpler sandboxed interface, showing them only those apps approved by parents and a set of kid-friendly websites in a browser that doesn’t allow navigation off-site. It comes with a whole slew of prepackaged games and educational software, streaming music and age-appropriate TV. It doesn’t have access to Google Play, so app options are limited to Nabi’s built-in app store, which currently contains about 500 kid-friendly apps, and the Amazon Appstore which contains thousands more. It has a camera, which means the kids can take pictures and even Skype with their grandparents (or, more likely, each other from opposite ends of the house). And it comes with a robust protective bumper so you don’t have to worry so much about damage when the inevitable occurs. It runs for $199 at Amazon or nabitablet.com.

It’s a relief to know that I’m not the only one thinking about how best to balance access to technology with an age-appropriate, phased introduction. We’ve got a couple of Nabis on the way and I think this is exactly the tool we need to start the process.