A Brief Year In Review

Open Source Hardware On The Rise 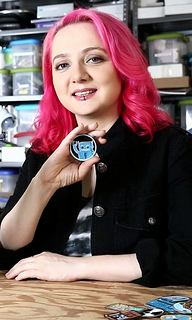 Limor Fried, the fearless leader of the open source hardware movement, and an inspiration to makers and hackers worldwide, has been named Entrepreneur of the Year by Entrepreneur magazine, and I can’t think of a more appropriate recipient. Last year, her company Adafruit Industries sold $10 million worth of DIY open-source electronic hardware kits. With 200,000 customers, she has inspired a new movement of hackers and makers to treat circuits and electronics in the same way open-source software designers have been treating code for decades. Publishing your designs and encouraging others to use and improve upon them has proven to be a major force in the software world, and this same community effort has now come to the hardware world as well. I am part of a nascent maker community here in Chico that has been putting Adafruit products to use, collaborating freely and publishing our designs and source code for others to build on, and I believe this exciting trend is here to stay.

One particularly interesting product to come out of the hardware world this year is a $35 credit card sized computer called Raspberry Pi. Hailing from the UK, this tiny computer is a fully featured open source Linux box with very capable specs. They are made by the Raspberry Pi Foundation, a nonprofit formed to help reverse the declining interest in Computer Science, and get kids hacking again. A vibrant, loyal community has formed, using these systems in surprising ways. 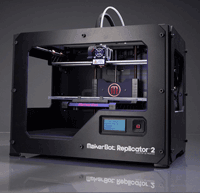 3D printing is the process of manufacturing solid objects using a 3D computer model and a device that adds layers of material (usually plastic) until the model has taken shape in the real world. This technology has been around for years, but 2012 is a turning point in refinement and accessibility. Makerbot, a Brooklyn company, has released the Replicator 2, a turnkey desktop 3D printer that uses biodegradable plastic for its source material. It has a resolution of 0.1mm and is able to produce high-fidelity models of virtually anything you can imagine. It’s almost like the first step toward the Star Trek replicator, except everything comes out plastic. Hey, you have to start somewhere… It costs around $2,000, bringing this device to a much broader audience than ever before.

In a move that will truly make 3D printing mainstream, the office supply company Staples has announced that it will begin offering 3D printing services at its stores. They will be using a high-end device by MCOR that uses paper as its source material, with about the same resolution as the Makerbot Replicator. It may sound odd to use paper, but the resulting objects are stunningly detailed and realistic.

How are people using this technology? Designers prototype new products without going through an expensive machining process or lengthy turnaround with a Chinese manufacturer for each iteration. Researchers produce models of delicate artifacts. Artists apply their creativity to a new medium and inventors extend their capabilities to produce an unlimited variety of objects cheaply and easily. Rather than relying solely on mass production, this technology makes decentralized manufacturing and collaborative innovation easier than ever. 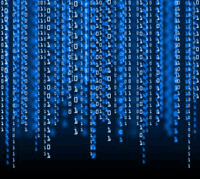 The Obama campaign was widely praised in 2008 for its innovative use of social media to attract a wider audience, especially young people. But 2012 will be remembered as the beginning of the era of Big Data in presidential campaigns. Shortly after taking the job, Jim Messina, Obama’s campaign director, said “we are going to measure every single thing in this campaign.” He then went on to hire dozens of data analytics specialists and a Chief Scientist, Rayid Ghani, a prominent researcher in data mining and machine learning, to lead the effort.

The first thing they did was launch project Narwhal—the creation of a single, massive database that merged information collected from pollsters, fundraisers, consumer databases, and social media, with the Democratic voter files in swing states. The purpose of this database wasn’t simply to provide contact information to compile call lists, but to run a series of tests on the effectiveness of certain messages on particular demographics. Traditional assumptions about voters were cast aside—instead, the campaign responded to measurements in the same way a web startup would adjust its marketing based on split testing.

This methodology and the resulting learnings were applied not only to fundraising (to the tune of $1 billion), but also to voter turnout. They developed incredibly sophisticated models on who was most likely to be persuaded, and who were most likely to persuade them, allowing them to focus their efforts in the right place. Big Data has entered the stage of presidential politics, and is here to stay.